Reflecting on 10 years at NationBuilder 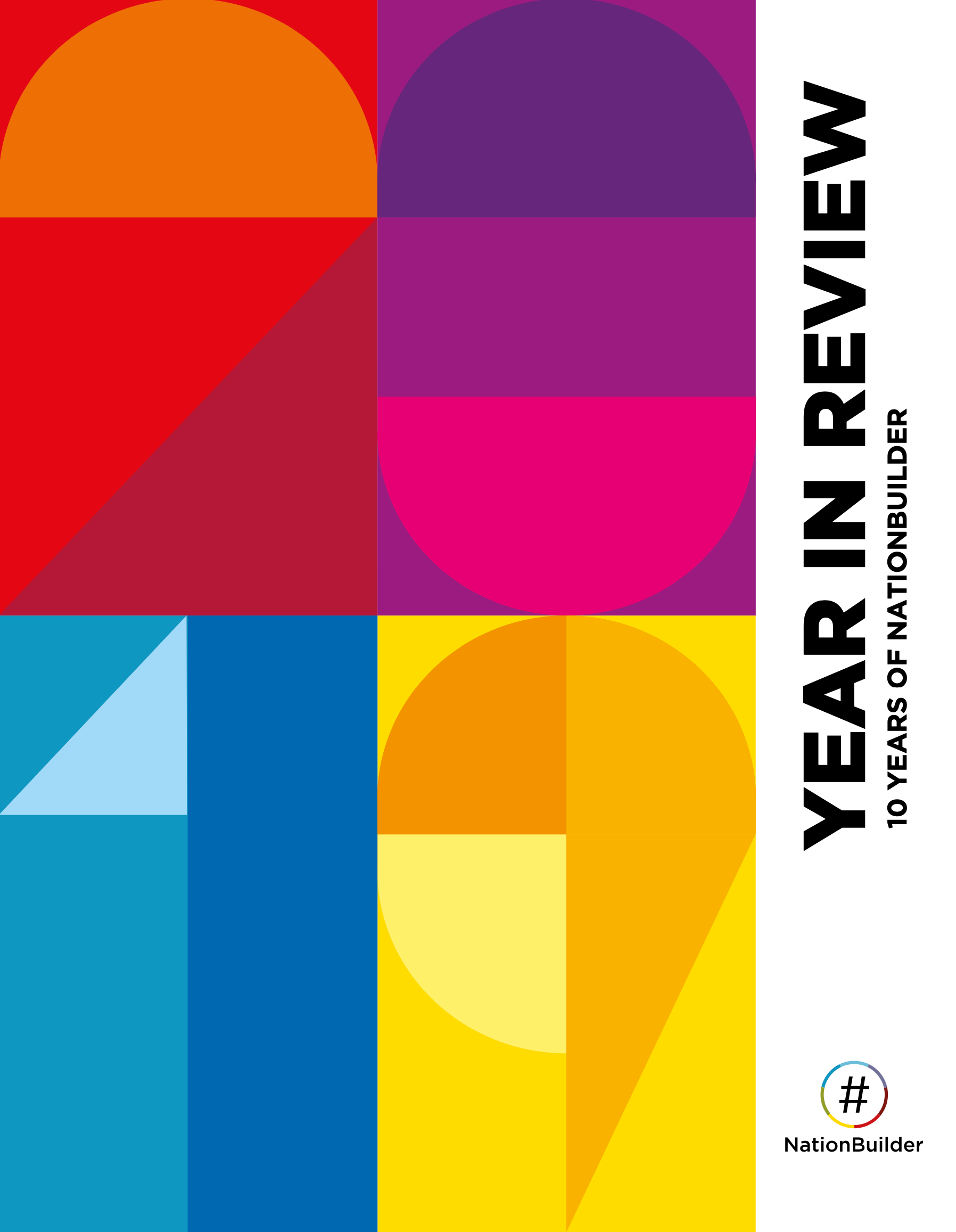 The NationBuilder 2019 Year in Review is out, and it is massive. Spanning nearly 90 pages, we take an opportunity to celebrate the companies 10th anniversary by highlighting a few of the incredible moments along the way.

I contributed a few words on my own journey as a co-founder, which you can find below:

Reflecting on the past ten years at NationBuilder is a challenge because it's been such an enormous and dynamic experience for me. If there’s one thing I’ve learned, it is that we are capable of dramatically more than we imagine. The unyielding ambition infused into the heart of NationBuilder—our vision of a world where everyone has the freedom and opportunity to create what they are meant to create—requires you to think bigger, step out of your comfort zone, and be prepared to continuously grow and learn.

When I joined Jim Gilliam in February 2010 on the journey that would become NationBuilder, we had already collaborated together for years. At a nonprofit called Brave New Films (BNF), we explored harnessing the immense potential of the internet to organize people around important causes. Together we built an online infrastructure that grew our membership to over one million people in a few short years. Jim was soon thinking bigger and bolder, asking: how do we make these tools accessible to anyone, especially those without a tech team like Jim and I? When Jim explained his concept of a unified platform consisting of a people database, a hosted website with dozens of action pages, a theming system, communication and fundraising tools, it was beyond what we even dreamed of at BNF. It was wildly ambitious and visionary, and would quickly become something much bigger than us.

In the beginning, we literally wore every hat. For several months I was creating our first website and email themes, writing documentation, building our brand and company website, and fielding sales and support calls. I would even create custom website themes for customers! Jim was single-handedly developing the product, and working with Lea to tell his and the company's story. It was completely overwhelming, and we were figuring nearly everything out as we went along. Soon, the work of finding more incredible people to join us and help expand beyond our limitations became top priority.

Creating a network of partners who could provide website and strategic services became my first task. I had zero experience in doing such a thing, as was probably obvious from my many cold emails to various agencies. By luck, I stumbled upon some unbelievable people doing great work who were game to give us a shot. Before long we had an expanding group of partners we called “Architects.” Many of these same partners, such as Tectonica, have become core pillars to our community, without whom we wouldn’t be where we are today.

As NationBuilder began rapidly growing, I made my first design hire, and suddenly there was a design “team.” Becoming a manager and collaborating with my expanding creative team easily became one of the most fulfilling challenges of my life. Together we took ownership over NationBuilder’s endless design needs, which in the past couple of years included a big brand reboot and creating the foundation of future product design work: the first NationBuilder design system. As we deepened our collaboration with product and engineering, we redesigned the interface of the control panel to make it easier for leaders to do their work. We have continued to aggressively build upon these foundations which will result in some spectacular improvements to NationBuilder in 2020.

I’m not sure exactly what I expected out of this experience 10 years ago, but what we have achieved as a community has been remarkable. I know the determination, hard work and perseverance I’ve witnessed at NationBuilder mirrors the work of so many of our customers around the world. With both empathy and gratitude, it is a privilege to stand here ten years later and continue to serve a diverse global collection of leaders and communities—all pushing their own perceived limitations, pursuing the most important thing they can imagine.

Holding space for yourself