Performing with Daylight Dies after eight years of silence 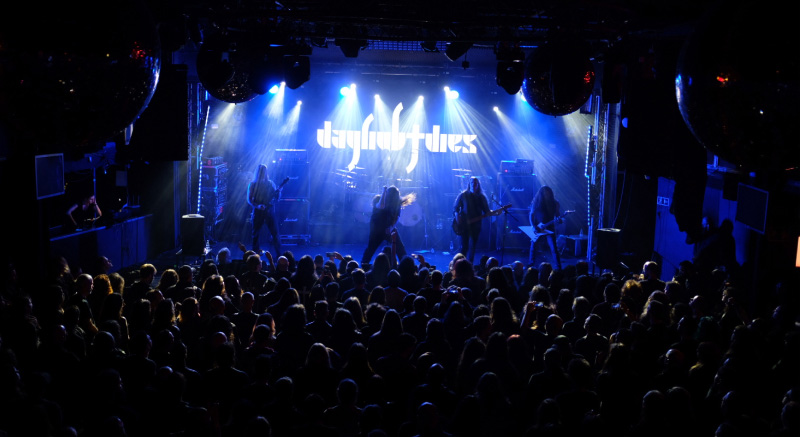 Performing at Madrid is the Dark, December, 2019

Late 2011 was a thrilling and exhausting time for me. In November, I flew from my home in New York to Australia to attend my sisters wedding. After a short trip, I joined my band Daylight Dies to rehearse in North Carolina for two upcoming European music festivals we had agreed to perform at, despite having not released new music for ages. We only had a couple of days to prepare before we traveled to Spain, Italy and Portugal for the shows. The festivals were back to back—the only day we weren't traveling and playing a show was the day we arrived. Immediately after, I flew from Madrid to Los Angeles to join my friend and colleague as we were fundraising and preparing to ramp up our new company, only to move there and jump into the startup firehose a couple months later.

Daylight managed to release one of our best received albums in October 2012, and even record a video, but all of our lives had become completely consumed with careers, families, or both. We soon found ourselves living in different corners of the country, and besides slowly amassing rough demos in a Dropbox folder, the band receded into more or less silence. 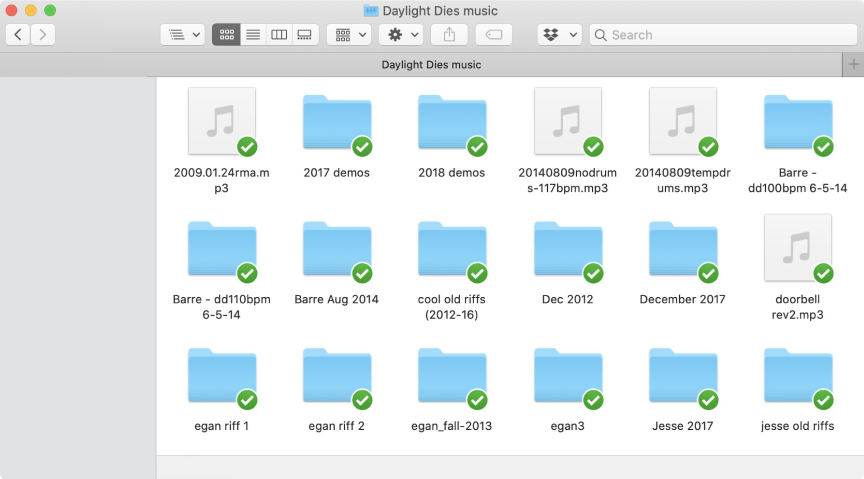 Our shared Dropbox folder, accumulating material through the years

Eight incredibly intense years passed, and in early 2019 we were invited to play the same festival in Spain, and another in Portugal. Surprising ourselves, we said yes without much hesitation. We had all matured, and the existential question of whether we had already passed the last opportunity to step genuinely into our precious collaborative space had crossed our minds repeatedly in the preceding years. So much of our history as individuals, and thus our identities, are connected with this thread of our lives. I can't come close to conveying how important the journey of Daylight has been to me, and I don't think I'm alone. We may be a "boutique doom/death metal band," as I like to say, but we somehow have passionate fans around the world, which is an immensely powerful motivator.

In mid-November 2019, a couple weeks before the shows, we congregated once again in North Carolina and started rehearsing a set list. The interpersonal dynamics between us took less than an hour to return. Once again we had a whirlwind trip with back to back shows in Spain and Portugal. The festival in Spain had grown tremendously, which resulted in quite a dramatic "first show in 8 years" experience. We were able to play songs from our 2012 album for the very first time. The crowd was loud, warm and appreciative. Friends and fans traveled from around the world to attend. The feeling of crowds of people in another country connecting with our music and coming out in support is exhilarating. The whole thing was even more intense and rewarding than I anticipated. 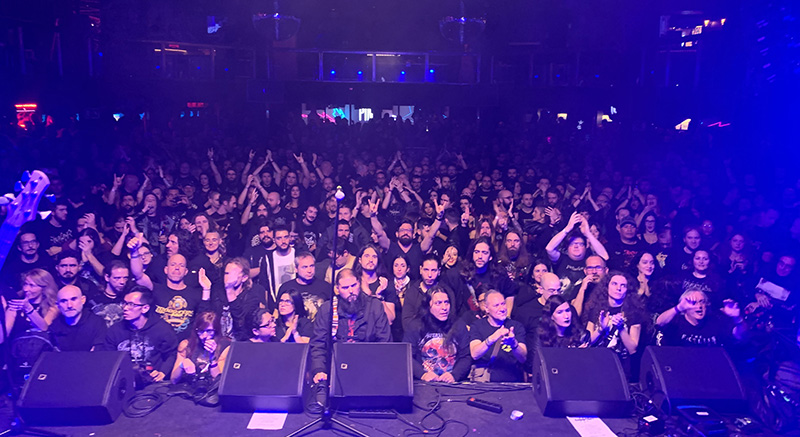 Photo from behind the drum set, Madrid is the Dark, December, 2019

The next day our flight from Madrid to Portugal was continually delayed and we began to wonder if we'd make it in time. By the time we landed in Lisbon, it was night, and we had missed our shuttle to the venue. We ordered a couple of Uber's, went directly to the venue, and played our set a couple of hours later. The lightning quick nature of this trip had caught up with us, and everyone headed to our rooms to try and get some sleep. The next day we woke up at 7am and flew home. This was the second time I'd been to Portugal and I'd seen basically nothing of the country. From what I saw of the 30 minute trip from the Airbnb to the airport, I know I want to come back—next time for vacation. 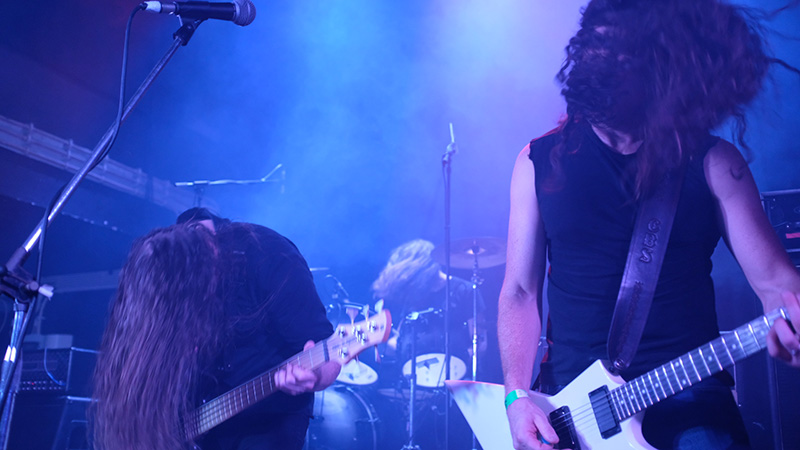 The following day I was back at work, a bit dizzy and disoriented.

Without a doubt, it was completely worth it. We all feel pretty energized from the experience and have the intention to see the writing process through to finally shape it into another volume we're proud of. Hopefully less than 8 years will pass by the time that happens. 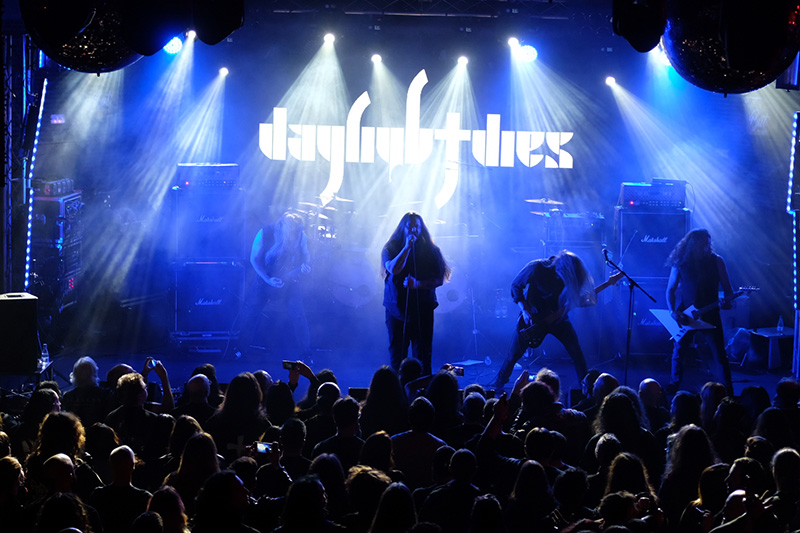 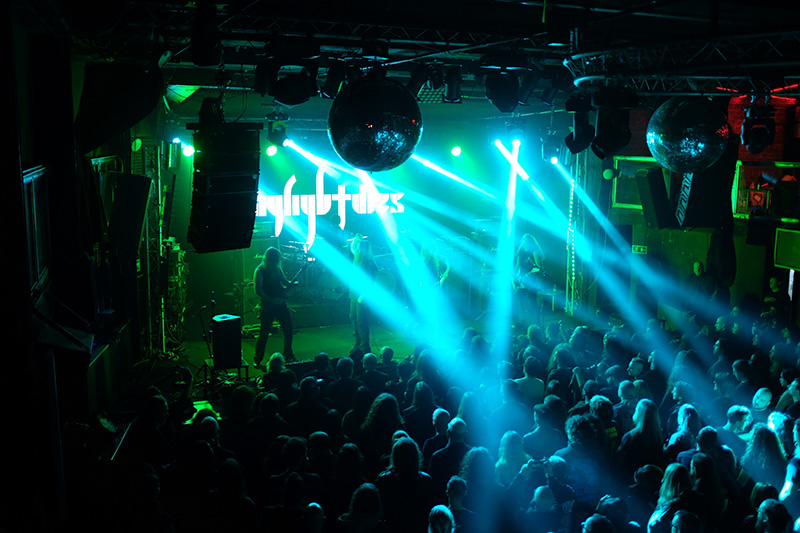 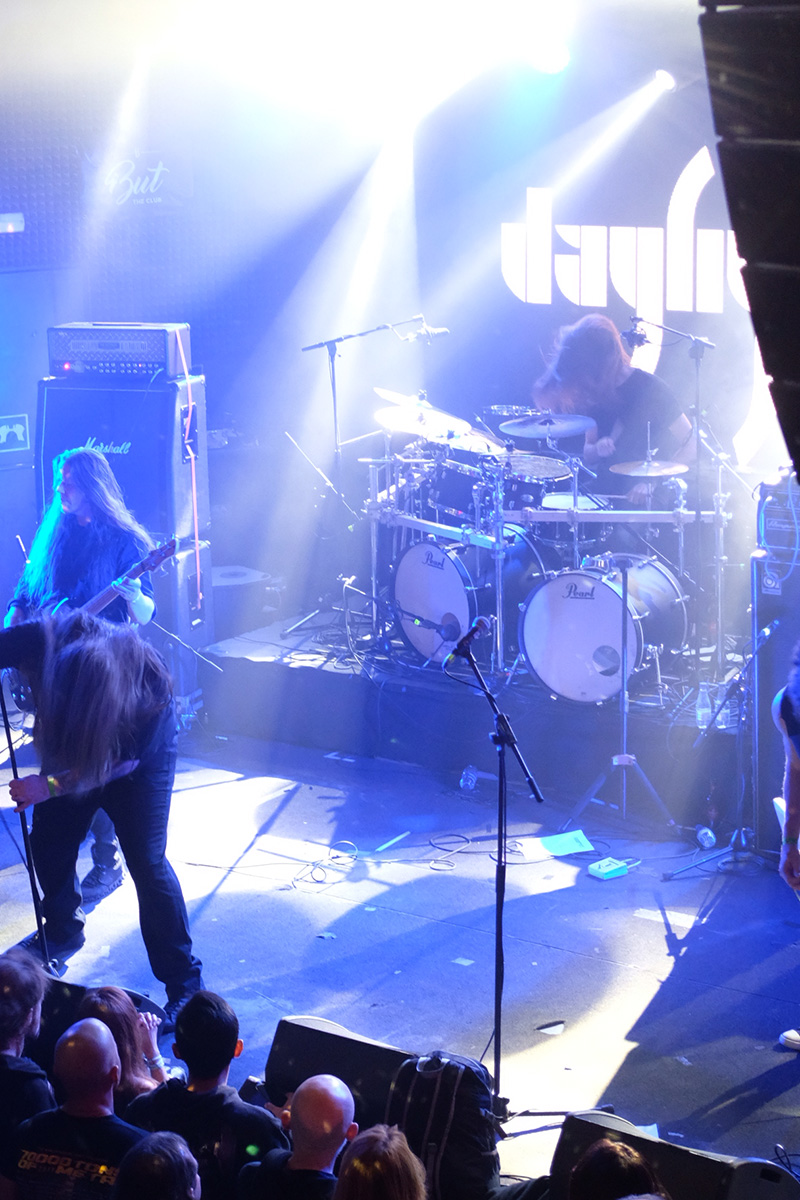 Yours truly behind the drums in Madrid, Spain 2019