As the company evolved over the next 12 years, the brand evolved alongside it. Through three major evolutions, the brand adopted characteristics that best represented the identity and maturity of the company at the time.

The first NationBuilder logo was a playful “community in a box,” complete with visual skyscrapers and trees. The goal was to convey NationBuilder as a fun and accessible-to-all toolkit. Colorful illustrations were primarily used as supporting visuals.

By 2013 the brand felt overly playful, and the logo overly complex. The logo was dramatically simplified into a single geometric building, something we felt was more aligned with the gravity of our mission and the important work being done by our customers. The octothorpe (also known as the hashtag) was subtly added in 2014. Illustrations were largely replaced with editorial-style photographs.

A major rebrand to represent a mature company

By 2017, the company had dramatically matured. Our customers, from a wide range of industries, used NationBuilder to accomplish a broader spectrum of goals. While the software platform was the flagship product, we had expanded into in-person community building, conferences, leadership development, and even book publishing.

We needed a new logo and robust brand identity to express who we had become, and where we were headed. The new logo contained two symbols, which when combined, tell many stories relevant to who NationBuilder had become. 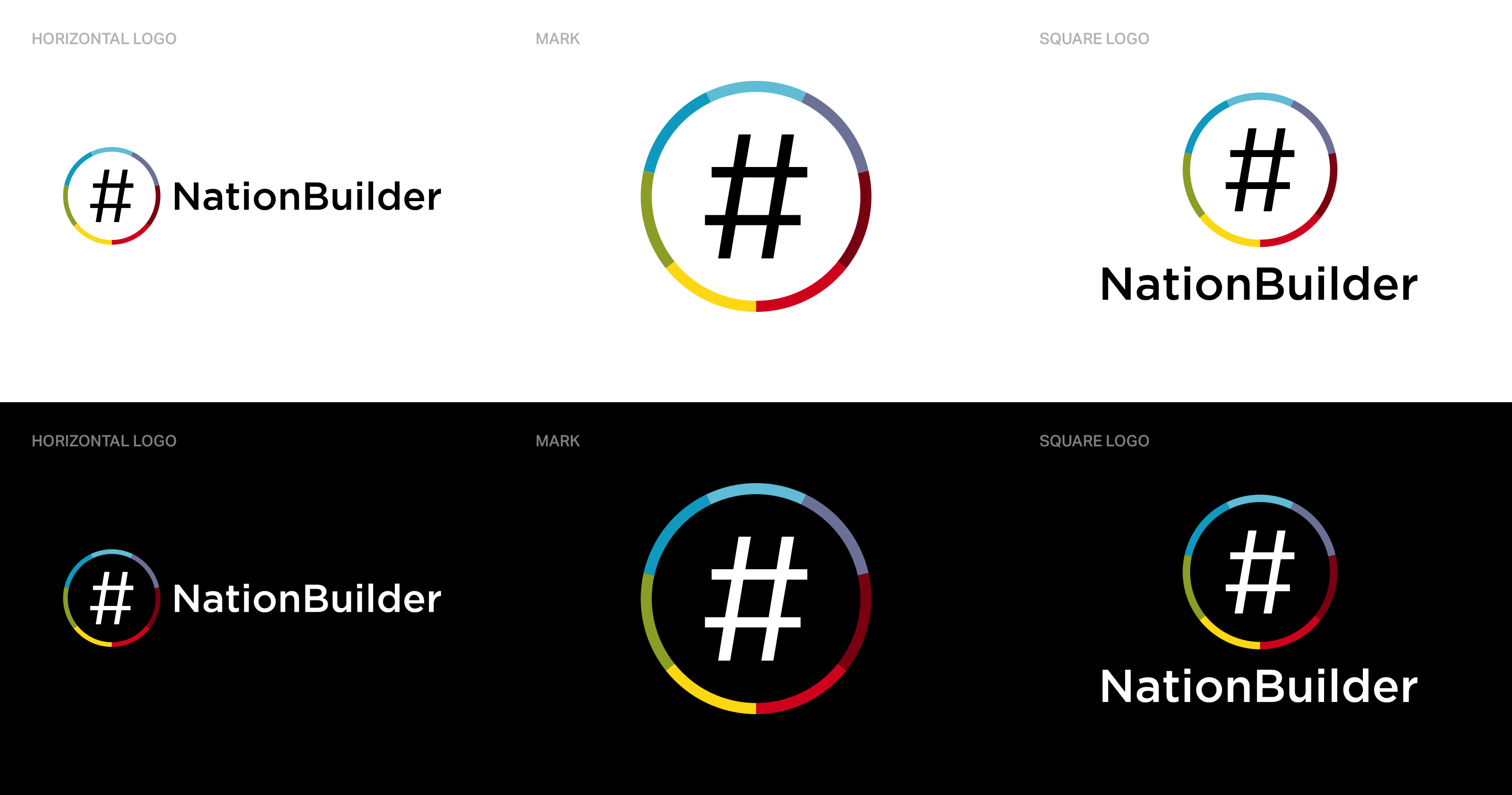 The octothorpe at the center represents the internet and creation. The color circle surrounding it represents community, diversity, connectedness, and inclusion. You can also think of an octothorpe depicting the leader, surrounded by the community. In combination, there’s a yin and yang relationship that gets at the heart of NationBuilder.

We also increased the depth and warmth of our brand by expanding our color palette to include the seven bold colors from the circle in our new logo. These colors enrich our visual vocabulary and open possibilities for a more layered and textured expression. The primary typeface became Aktiv Grotesk, a neutral, clean, and modern font with over 24 weights supporting over 130 languages.

With the foundation of the new brand identity in hand, the first big project was learning how to incorporate it within marketing assets, including the NationBuilder website. First, the team focused on key product features and workflows, adding to the growing Figma component brand library so we could stay consistent and easily make sweeping changes as we dialed in the tone over time. 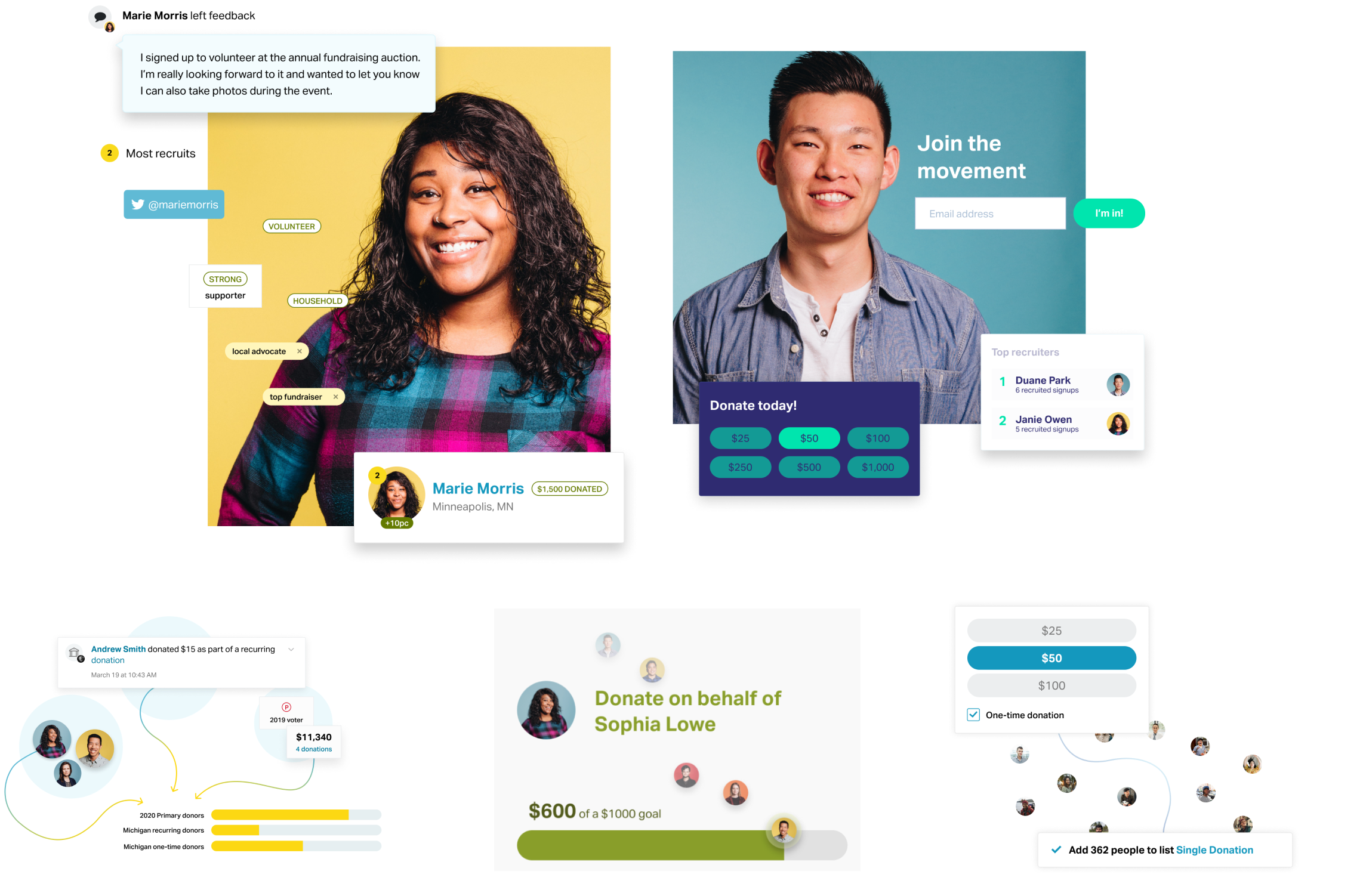 Next, the team took this as an opportunity to redesign primary landing pages and flows for all primary use cases, as well as resources for existing customers. We used Google Optimize to a/b test variations of brand elements and messaging on pages oriented around new trial signups. 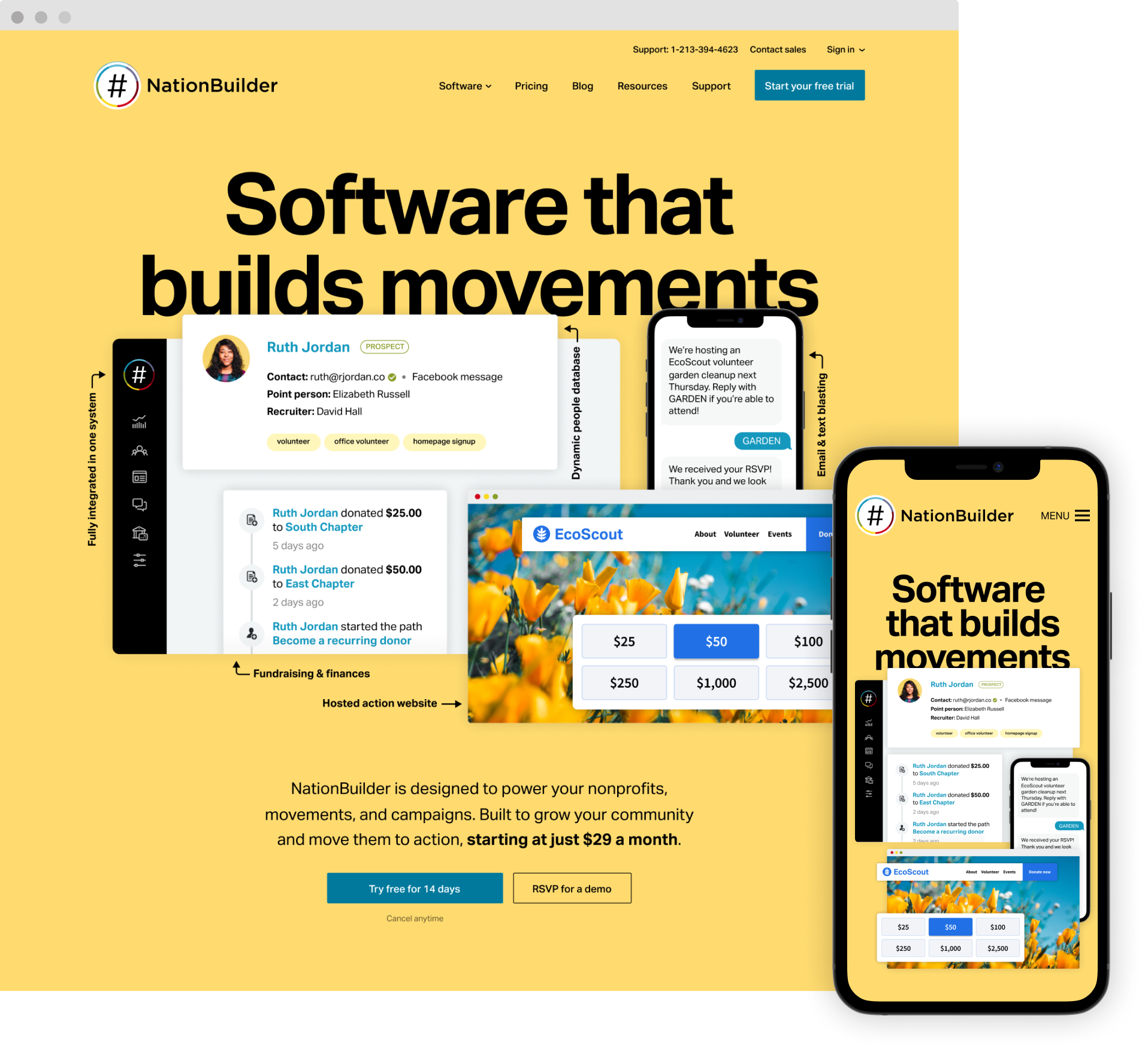 No matter which channel the NationBuilder brand is expressed, we have developed a robust and flexible visual vocabulary that finally feels properly aligned with the identity and culture of the company for years to come. 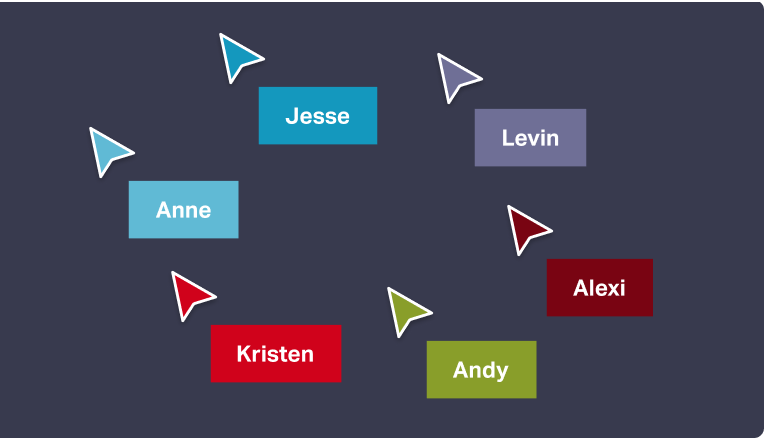 Crafting a design system to power the NationBuilder platform 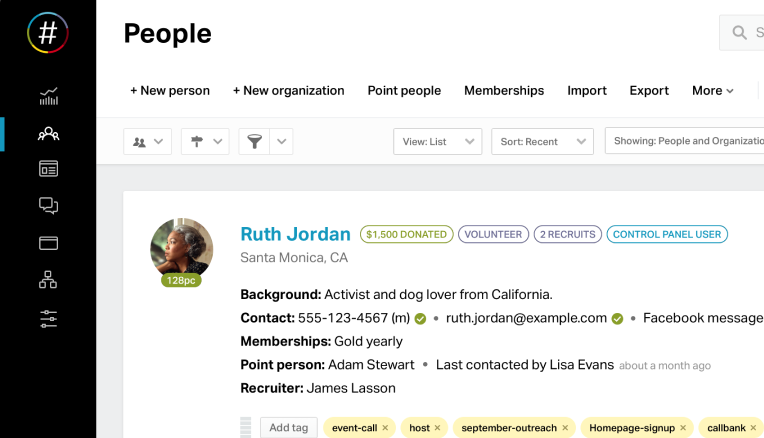